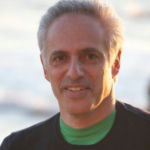 Why Is Eric Scerri Influential?

Scerri is Lecturer at the University of California, Los Angeles (UCLA). He is also Founder and Editor-in-Chief of Foundations of Chemistry, a triannual a peer-reviewed academic journal. Scerri is widely acknowledged as an authority on the Periodic Table, appearing in the PBS documentary The Mystery of Matter. He received his bachelor’s of science degree from Westfield College, the , his MPhil from the University of Southampton and his Ph.D. from King’s College London.

Scerri is a chemist but also a noted historian and philosopher of chemistry. In particular, his work on the Periodic Table has crossed disciplines, and he has worked on conceptual problems involving the reduction of chemistry to quantum mechanics (typically considered part of the philosophy of science). In 2015, Scerri was appointed by the International Union of Pure and Applied Chemistry (IUPAC) to make a recommendation on the composition of “Group 3” in the periodic table, selecting the elements that should be included. Scerri’s latest book, published in 2020, is titled The Periodic Table, Its Story and Its Significance.

According to Wikipedia, Eric R. Scerri is a chemist, writer and philosopher of science of Maltese origin. He is a lecturer at the University of California, Los Angeles; and the founder and editor-in-chief of Foundations of Chemistry, an international peer reviewed journal covering the history and philosophy of chemistry, and chemical education.

Other Resources About Eric Scerri

What Schools Are Affiliated With Eric Scerri?

Eric Scerri is affiliated with the following schools: