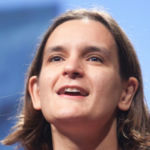 Why Is Esther Duflo Influential?

In 2019, Duflo, along with collaborators Abhijit Banerjee and Michael Kremer, were awarded the Nobel Memorial Prize in Economics for their work conducting trial experiments to alleviate poverty. She is a co-founder of the Abdul Latif Jameel Poverty Action Lab which, with offices across the world including Paris and India, trains researchers to develop and conduct experiments to better understand the most effective development strategies.

Her particular interest and work in India have yielded important insights into the causes and solutions of poverty. She is the director for the development economics program at the Center for Economic and Policy Research. Duflo is widely respected for her contributions to economics and her work to improve the economic status of women, and was named as one of 2012′s Top 100 Global Thinkers by Foreign Policy magazine. In 2015, she received the prestigious A.SK Social Sciences Award of $200,000 from the WZB Berlin Social Sciences Center.

Co-authored with Abhijit Banerjee,Poor Economics: A Radical Rethinking of the Way to Fight Global Poverty, has been translated into more than 17 languages and was recognized as the Financial Times and Goldman Sachs Business Book of the Year Award in 2011. Duflo and Banerjee also recently released Good Economics for Hard Times.

Duflo is a member of the National Academy of Sciences and a Corresponding Fellow of the British Academy. She also serves as the Editor of the American Economic Review.

According to Wikipedia, Esther Duflo, FBA is a French–American economist who is a professor of Poverty Alleviation and Development Economics at the Massachusetts Institute of Technology . She is the co-founder and co-director of the Abdul Latif Jameel Poverty Action Lab , which was established in 2003. She shared the 2019 Nobel Memorial Prize in Economic Sciences with Abhijit Banerjee and Michael Kremer, "for their experimental approach to alleviating global poverty".

Other Resources About Esther Duflo

What Schools Are Affiliated With Esther Duflo?

Esther Duflo is affiliated with the following schools:

What Are Esther Duflo's Academic Contributions?

Esther Duflo has made the following academic contributions: