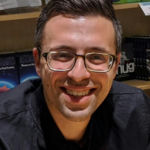 Why Is Ezra Klein Influential?

According to Wikipedia, Ezra Klein is an American journalist, political analyst, New York Times columnist, and the host of The Ezra Klein Show podcast. He is a co-founder of Vox and formerly served as the website's editor-at-large. He has held editorial positions at The Washington Post and The American Prospect, and was a regular contributor to Bloomberg News and MSNBC. His first book, Why We're Polarized, was published by Simon & Schuster in January 2020.

Other Resources About Ezra Klein

What Schools Are Affiliated With Ezra Klein?

Ezra Klein is affiliated with the following schools: