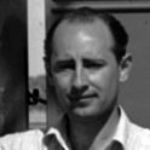 Why Is Frank Malina Influential?

According to Wikipedia, Frank Joseph Malina was an American aeronautical engineer and painter, especially known for becoming both a pioneer in the art world and the realm of scientific engineering. Early life Malina was born in Brenham, Texas. His father came from Bohemia. Frank's formal education began with a degree in mechanical engineering from Texas A&M University in 1934. The same year he received a scholarship to study mechanical engineering at the California Institute of Technology , where he obtained his doctor degree in 1940.

Other Resources About Frank Malina

What Schools Are Affiliated With Frank Malina?

Frank Malina is affiliated with the following schools: