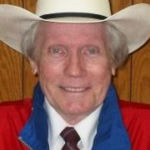 Why Is Fred Phelps Influential?

According to Wikipedia, Fred Waldron Phelps Sr. was an American minister who served as the pastor of the Westboro Baptist Church, worked as a civil rights attorney, and ran for statewide election in Kansas. He gained national attention for his homophobic views and protests near the funerals of gay people, military veterans, and disaster victims who he believed were killed as a result of God punishing the U.S. for having "bankrupt values" and tolerating homosexuality.

Other Resources About Fred Phelps

What Schools Are Affiliated With Fred Phelps?

Fred Phelps is affiliated with the following schools: