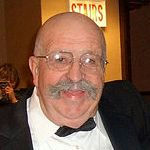 Why Is Gene Wolfe Influential?

According to Wikipedia, Gene Rodman Wolfe was an American science fiction and fantasy writer. He was noted for his dense, allusive prose as well as the strong influence of his Catholic faith. He was a prolific short story writer and novelist, and won many literary awards. Wolfe has been called "the Melville of science fiction", and was honored as a Grand Master by the Science Fiction and Fantasy Writers of America.

Other Resources About Gene Wolfe

What Schools Are Affiliated With Gene Wolfe?

Gene Wolfe is affiliated with the following schools:

What Are Gene Wolfe's Academic Contributions?

Gene Wolfe has made the following academic contributions: