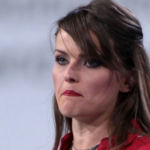 Why Is Gloria Álvarez Influential?

According to Wikipedia, Gloria Álvarez Cross is a Guatemalan radio and television presenter, author, and libertarian political commentator. She is the host of the Viernes de Gloria radio program in Guatemala. Álvarez is also the program director of the National Civic Movement of Guatemala, an organization that advocates for political participation in the national politics of Guatemala. She has also published books on political topics for a popular audience.

Other Resources About Gloria Álvarez

What Schools Are Affiliated With Gloria Álvarez?

Gloria Álvarez is affiliated with the following schools: