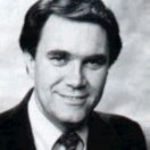 Why Is Greg Bahnsen Influential?

According to Wikipedia, Greg L. Bahnsen was an American Reformed philosopher, apologist, and debater. He was a minister in the Orthodox Presbyterian Church and a full-time Scholar in Residence for the Southern California Center for Christian Studies . He is also considered a contributor to the field of Christian apologetics, as he popularized the presuppositional method of Cornelius Van Til. He is the father of David L. Bahnsen, an American portfolio manager, author, and television commentator, as well as his first born, Jonathan Bahnsen, and youngest, Michael Bahnsen.

Other Resources About Greg Bahnsen

What Schools Are Affiliated With Greg Bahnsen?

Greg Bahnsen is affiliated with the following schools: