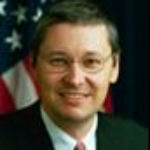 Why Is Greg Mankiw Influential?

Mankiw has done important study on menu costs, publishing a paper titled “Small Menu Costs and Large Business Cycles: A Macroeconomic Model of Monopoly”,which has served as the foundation for further work by economists such as Laurence Ball and David Romer. His most frequently cited paper, “A Contribution to the Empirics of Economic Growth” has been cited more than 15,000 times.

He has also written two of the most popular college economics textbooks: Macroeconomics and Principles of Economics, which are part of the core economics curriculum for many colleges in the country.

Mankiw has also provided consultation and counsel for government officials, serving as chairman of the Council of Economic Advisers under President George W. Bush. In that role he sought to provide greater oversight of Fannie Mae and Freddie Mac. He is well known as a blogger on all economics topics and his blog is popular among economics students and scholars alike.

According to Wikipedia, Nicholas Gregory Mankiw is an American macroeconomist who is currently the Robert M. Beren Professor of Economics at Harvard University. Mankiw is best known in academia for his work on New Keynesian economics.

Other Resources About Greg Mankiw

What Schools Are Affiliated With Greg Mankiw?

Greg Mankiw is affiliated with the following schools: