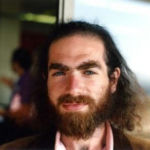 Why Is Grigori Perelman Influential?

According to Wikipedia, Grigori Yakovlevich Perelman is a Russian mathematician who is known for his contributions to the fields of geometric analysis, Riemannian geometry, and geometric topology. In the 1990s, partly in collaboration with Yuri Burago, Mikhael Gromov, and Anton Petrunin, he made influential contributions to the study of Alexandrov spaces. In 1994, he proved the soul conjecture in Riemannian geometry, which had been an open problem for the previous 20 years. In 2002 and 2003, he developed new techniques in the analysis of Ricci flow, thereby providing a detailed sketch of a proof of the Poincaré conjecture and Thurston's geometrization conjecture, the former of which had been a famous open problem in mathematics for the past century. The full details of Perelman's work were filled in and explained by various authors over the following several years.

Other Resources About Grigori Perelman

What Schools Are Affiliated With Grigori Perelman?

Grigori Perelman is affiliated with the following schools: