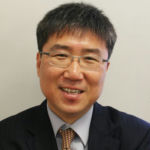 Why Is Ha-Joon Chang Influential?

Chang has written a number of books about heterodox economics, such as Kicking Away the Ladder, and Bad Samaritans: The Myth of Free Trade and the Secret History of Capitalism. The former was awarded the Gunnar Myrdal Prize by the European Association for Evolutionary Political Economy and revealed Chang’s conclusions that rich nations stay wealthy and maintain political dominance by preventing other countries from doing the kinds of things they did to become rich. In Bad Samaritans he responded to criticisms of his earlier work with even more evidence to support his conclusions.

Once ranked among the top 20 world thinkers, he has provided consultation to Oxfam, the World Bank, Asian Development Bank and other organizations around the world. He is on the advisory board for Academics Stand Against Poverty and a fellow at the Center for Economic and Policy Research.

According to Wikipedia, Ha-Joon Chang is a South Korean institutional economist, specialising in development economics. Currently he is a reader in the Political Economy of Development at the University of Cambridge. Chang is the author of several widely discussed policy books, most notably Kicking Away the Ladder: Development Strategy in Historical Perspective . In 2013, Prospect magazine ranked Chang as one of the top 20 World Thinkers.

Other Resources About Ha-Joon Chang

What Schools Are Affiliated With Ha-Joon Chang?

Ha-Joon Chang is affiliated with the following schools:

What Are Ha-Joon Chang's Academic Contributions?

Ha-Joon Chang has made the following academic contributions: