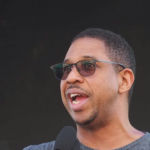 Why Is Hakeem Oluseyi Influential?

According to Wikipedia, Hakeem Muata Oluseyi is an American astrophysicist, cosmologist, inventor, educator, science communicator, author, actor, veteran, and humanitarian. Early life and education Oluseyi was born James Edward Plummer, Jr. in New Orleans, Louisiana. After his parents divorced when he was four years old, he and his mother moved to a different state along the southern border of the US every year. He lived in some of the country's toughest neighborhoods including the 9th Ward of New Orleans; Watts, Los Angeles, California; Inglewood, California; South Park, Houston, Texas; and Third Ward, Houston, Texas before settling in rural Mississippi a month before Oluseyi turned 13 years old. He completed middle school and high school in the East Jasper School District graduating as his high school's valedictorian in 1985. Oluseyi served in the U.S. Navy from 1984 to 1986. He credits the Navy with teaching him algebra.

Other Resources About Hakeem Oluseyi

What Schools Are Affiliated With Hakeem Oluseyi?

Hakeem Oluseyi is affiliated with the following schools: