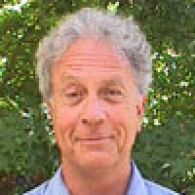 Henry Reynolds is a historian and researcher who specialized in the study of European Australian and Indigenous Australian conflicts. He earned a B.A. and M.A. from the University of Tasmania and a Ph.D. from James Cook University.

He began his career teaching in secondary schools throughout Australia and England before being tapped to create the Australian History program at Townsville University College. He remained a professor there until his retirement. He followed this work with an assignment as a fellow for the University of Tasmania.

His research has studied the history of violence against Aboriginal Australian peoples, of which 20,000 died during early European colonial efforts. He is also well known for his friendship with a groundsman and gardener at James Cook University, named Eddie Mabo. Their friendship opened Reynolds’ eyes to the issues and challenges faced by indigenous land owners.

Reynolds has been honored with the Ernest Scott Historical Prize, the Human Rights and Equal Opportunity Commission Arts Award, and an Australian Book Council Award. His books, The Other Side of the Frontier: Aboriginal Resistance to the European Invasion of Australia, The Whispering in our Hearts, and Unnecessary Wars (among others) are highly regarded, critical examinations of Australian Aboriginal history.

Henry Reynolds, is an Australian historian whose primary work has focused on the frontier conflict between European settlers in Australia and Indigenous Australians.Education and career Reynolds received a state school education in Hobart, Tasmania, from 1944 to 1954. Following this, he attended the University of Tasmania, where he graduated with a Bachelor of Arts with Honours in History in 1960, later gaining a Master of Arts in 1964. He gained his PhD from University College of Townsville, the forerunner of James Cook University. He received an Honorary Doctor of Letters degree from his alma mater, the University of Tasmania, in 1998.