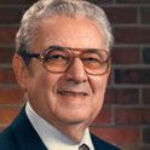 Why Is Herbert C. Brown Influential?

According to Wikipedia, Herbert Charles Brown was an American chemist and recipient of the 1979 Nobel Prize in Chemistry for his work with organoboranes. Life and career Brown was born Herbert Brovarnik in London, to Ukrainian Jewish immigrants from Zhitomir, Pearl and Charles Brovarnik, a hardware store manager and carpenter. His family moved to Chicago in June 1914, when he was two years old. Brown attended Crane Junior College in Chicago, where he met Sarah Baylen, whom he would later marry. The college was under threat of closing, and Brown and Baylen transferred to Wright Junior College. In 1935 he left Wright Junior College and that autumn entered the University of Chicago, completed two years of studies in three quarters, and earned a B.S. in 1936. That same year, he became a naturalized United States citizen. On February 6, 1937, Brown married Baylen, the person he credits with making him interested in hydrides of boron, a topic related to the work in which he, together with Georg Wittig, won the Nobel prize in Chemistry in 1979. Two years after starting graduate studies, he earned a Ph.D. in 1938, also from the University of Chicago.

Other Resources About Herbert C. Brown

What Schools Are Affiliated With Herbert C. Brown?

Herbert C. Brown is affiliated with the following schools: