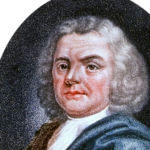 Why Is Herman Boerhaave Influential?

According to Wikipedia, Herman Boerhaave was a Dutch botanist, chemist, Christian humanist, and physician of European fame. He is regarded as the founder of clinical teaching and of the modern academic hospital and is sometimes referred to as "the father of physiology," along with Venetian physician Santorio Santorio . Boerhaave introduced the quantitative approach into medicine, along with his pupil Albrecht von Haller and is best known for demonstrating the relation of symptoms to lesions. He was the first to isolate the chemical urea from urine. He was the first physician to put thermometer measurements to clinical practice. His motto was Simplex sigillum veri: 'Simplicity is the sign of the truth'. He is often hailed as the "Dutch Hippocrates".

Other Resources About Herman Boerhaave

What Schools Are Affiliated With Herman Boerhaave?

Herman Boerhaave is affiliated with the following schools: