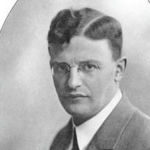 Why Is Herman Dooyeweerd Influential?

According to Wikipedia, Herman Dooyeweerd was a professor of law and jurisprudence at the Vrije Universiteit, Amsterdam from 1926 to 1965. He was also a philosopher and principal founder of Reformational philosophy with Dirk Vollenhoven, a significant development within the Neocalvinist school of thought. Dooyeweerd made several contributions to philosophy and other academic disciplines concerning the nature of diversity and coherence in everyday experience, the transcendental conditions for theoretical thought, the relationship between religion, philosophy, and scientific theory, and an understanding of meaning, being, time and self.

Other Resources About Herman Dooyeweerd

What Schools Are Affiliated With Herman Dooyeweerd?

Herman Dooyeweerd is affiliated with the following schools: