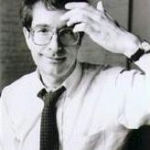 Why Is Howard Gardner Influential?

Howard Gardner was born in Scranton, Pennsylvania in 1943. He grew up in a household where education was highly valued, and as a result, he grew up a curious and highly motivated student. Gardner completed his BA in social relations at Harvard in 1965, a master’s at the London School of Economics, and a Ph.D. in developmental psychology at Harvard, where he studied under such luminaries as Erik Erikson and Jerome Bruner. Having spent his entire career advancing our understanding of teaching and learning, Howard Gardner currently holds the title of the John H. and Elisabeth A. Hobbs Research Professor of Cognition and Education at Harvard University. He is also the director of Harvard Project Zero, and co-director of The Good Project.

Gardner is a developmental psychologist, most interested in intelligence and information processing. In particular, Gardner is recognized for his theory of multiple intelligences, which argues that human beings have different, independent ways of processing information. His analysis concluded that there are eight (and possibly ten) different types of intelligence: kinesthetic, musical, linguistic, naturalistic, interpersonal, intrapersonal, spatial, and logical, and possibly, pedagogical and existential. Though his theory remains somewhat in dispute, he has provided another way of looking at what we know about how humans learn.

For his work, Gardner has received a variety of awards and honors, including a MacArthur Prize Fellowship, a Grawemeyer Award in Education, a Guggenheim Fellowship, and a William James Award from the American Psychological Association.

According to Wikipedia, Howard Earl Gardner is an American developmental psychologist and the John H. and Elisabeth A. Hobbs Research Professor of Cognition and Education at the Harvard Graduate School of Education at Harvard University. He is currently the senior director of Harvard Project Zero, and since 1995, he has been the co-director of The Good Project.

Other Resources About Howard Gardner

What Schools Are Affiliated With Howard Gardner?

Howard Gardner is affiliated with the following schools:

What Are Howard Gardner's Academic Contributions?

Howard Gardner has made the following academic contributions: