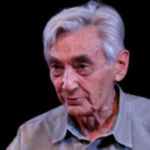 Why Is Howard Zinn Influential?

According to Wikipedia, Howard Zinn was an American historian, playwright, philosopher, socialist thinker and World War II veteran. He was chair of the history and social sciences department at Spelman College, and a political science professor at Boston University. Zinn wrote over 20 books, including his best-selling and influential A People's History of the United States in 1980. In 2007, he published a version of it for younger readers, A Young People's History of the United States.

Other Resources About Howard Zinn

What Schools Are Affiliated With Howard Zinn?

Howard Zinn is affiliated with the following schools:

What Are Howard Zinn's Academic Contributions?

Howard Zinn has made the following academic contributions: