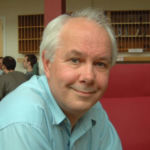 Why Is Ian Stewart Influential?

Stewart is a gifted mathematician who is also a writer of popular science and science fiction. A fertile mind, his primary focus in mathematics is a subfield of the study of dynamic systems known as catastrophe theory. He has also published widely on diverse topics in mathematics, including his book on chaos theory, Does God Play Dice: The New Mathematics of Chaos, published in 1989. Over the years, he has written nearly 100 articles for the well-known science and mathematics publication Scientific American. He even has his own iPad app, Incredible Numbers by Professor Ian Stewart.

Stewart received the Michael Faraday Medal in 1995 for “communicating science to UK audiences,” the mission of the Medal. He was elected a Fellow of the Royal Society in 2001.

According to Wikipedia, Ian Nicholas Stewart is a British mathematician and a popular-science and science-fiction writer. He is Emeritus Professor of Mathematics at the University of Warwick, England. Education and early life Stewart was born in 1945 in England. While in the sixth form at Harvey Grammar School in Folkestone he came to the attention of the mathematics teacher. The teacher had Stewart sit mock A-level examinations without any preparation along with the upper-sixth students; Stewart was placed first in the examination. He was awarded a scholarship to study at the University of Cambridge as an undergraduate student of Churchill College, Cambridge, where he studied the Mathematical Tripos and obtained a first-class Bachelor of Arts degree in mathematics in 1966. Stewart then went to the University of Warwick where his PhD on Lie algebras was supervised by Brian Hartley and completed in 1969.

Other Resources About Ian Stewart

What Schools Are Affiliated With Ian Stewart?

Ian Stewart is affiliated with the following schools:

What Are Ian Stewart's Academic Contributions?

Ian Stewart has made the following academic contributions: