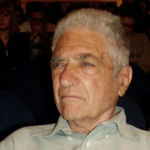 Why Is Jack Steinberger Influential?

According to Wikipedia, Jack Steinberger was a German-born American physicist noted for his work with neutrinos, the subatomic particles considered to be elementary constituents of matter. He was a recipient of the 1988 Nobel Prize in Physics, along with Leon M. Lederman and Melvin Schwartz, for the discovery of the muon neutrino. Through his career as an experimental particle physicist, he held positions at the University of California, Berkeley, Columbia University , and the CERN . He was also a recipient of the United States National Medal of Science in 1988, and the Matteucci Medal from the Italian Academy of Sciences in 1990.

Other Resources About Jack Steinberger

What Schools Are Affiliated With Jack Steinberger?

Jack Steinberger is affiliated with the following schools: