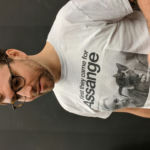 Why Is Jacob Appelbaum Influential?

According to Wikipedia, Jacob Appelbaum is an American independent journalist, computer security researcher, artist, and hacker. He studied at the Eindhoven University of Technology and was a core member of the Tor project, a free software network designed to provide online anonymity, until he stepped down from his position over sexual abuse allegations which surfaced in 2016. Appelbaum is also known for representing WikiLeaks. He has displayed his art in a number of institutions across the world and has collaborated with artists such as Laura Poitras, Trevor Paglen, and Ai Weiwei. His journalistic work has been published in Der Spiegel and elsewhere.

Other Resources About Jacob Appelbaum

What Schools Are Affiliated With Jacob Appelbaum?

Jacob Appelbaum is affiliated with the following schools:

What Are Jacob Appelbaum's Academic Contributions?

Jacob Appelbaum has made the following academic contributions: