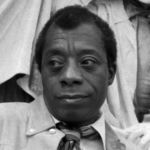 Why Is James Baldwin Influential?

According to Wikipedia, James Arthur Baldwin was an American writer. He garnered acclaim across various mediums, including essays, novels, plays, and poems. His first novel, Go Tell It on the Mountain, was published in 1953; decades later, Time magazine included the novel on its list of the 100 best English-language novels released from 1923 to 2005. His first essay collection, Notes of a Native Son, was published in 1955.

Other Resources About James Baldwin

What Schools Are Affiliated With James Baldwin?

James Baldwin is affiliated with the following schools:

What Are James Baldwin's Academic Contributions?

James Baldwin has made the following academic contributions: