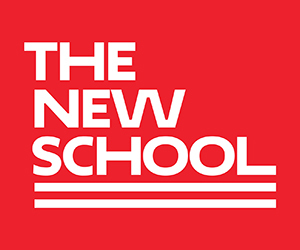 The New School is a private, research university located in and around Greenwich Village in lower Manhattan. It was founded in 1919 as the New School for Social Research.

In 1997, the name was changed to New School University. In 2005, the new name was shortened to its present form.

Over the years, the school has grown into a diverse university with five divisions, namely, the New School for Social Research, the Parsons School of Design, the Eugene Lang College of Liberal Arts, the Schools of Public Engagement, and the College of Performing Arts.

The New School also operates a variety of specialized institutes from its New York campus such as— the World Policy Institute and the India China Institute—as well as a full-fledged campus in Paris, France.

From the late 1930s until the early 1950s, the New School played a special role in American academia as one of the American universities which did the most to provide employment to Jewish and other German scholars fleeing political oppression by the Nazi regime, as well as the social and economic devastation following World War II.

Today, the university remains an elite institution, with a student body of only about 10,000 souls.

Prominent individuals associated with the New School include the following:

The New School is a private research university in New York City. It was founded in 1919 as The New School for Social Research with an original mission dedicated to academic freedom and intellectual inquiry and a home for progressive thinkers. Since then, the school has grown to house five divisions within the university. These include the Parsons School of Design, the Eugene Lang College of Liberal Arts, the College of Performing Arts which consists of the Mannes School of Music, the School of Drama, and the School of Jazz and Contemporary Music, The New School for Social Research, and the Schools of Public Engagement.

What is The New School known for?

Who are The New School's Most influential alumni?

The New School &apos;s most influential alumni faculty include professors and professionals in the fields of Sociology, Economics, and Anthropology