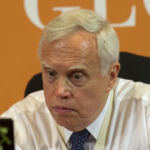 Why Is James Heckman Influential?

James Heckman is the Henry Schultz Professor in Economics at the University of Chicago, director of the Center for the Economics of Human Development, co-director of Human Capital and Economic Opportunity Global Working Group, and professor at the Harris Graduate School of Public Policy Studies. He earned a B.A. in mathematics from Colorado College and a Ph.D in economics from Princeton University.

Best known for his work on labor economics, selection bias, inequality, and human development, Heckman was awarded the Nobel Memorial Prize in Economics. The honor was bestowed for his work on the Heckman correction, that he developed to alleviate bias, or the impacts of bias from sample sets. Bias in sample sets is a common problem for quantitative researchers. He has also studied GED certification value, impacts of the civil rights movement and childhood development.

He is a fellow of the American Academy of Art and Sciences and editor of the Journal of Political Economy. Most recently, he has published Giving Kids a Fair Chance: A Strategy that Works, and Inequality in America: What Role for Human Capital Policy. He is a senior research fellow at the American Bar Foundation and a member of the Econometric Society, the Society of Labor Economics, and the American Statistical Association.

According to Wikipedia, James Joseph Heckman is a Nobel Prize winning American economist who is currently at the University of Chicago, where he is The Henry Schultz Distinguished Service Professor in Economics and the College; Professor at the Harris School of Public Policy; Director of the Center for the Economics of Human Development ; and Co-Director of Human Capital and Economic Opportunity Global Working Group. He is also Professor of Law at the Law School, a senior research fellow at the American Bar Foundation, and a research associate at the National Bureau of Economic Research. In 2000, Heckman shared the Nobel Memorial Prize in Economic Sciences with Daniel McFadden, for his pioneering work in econometrics and microeconomics. As of December 2020, according to RePEc, he is the second most influential economist in the world.

Other Resources About James Heckman

What Schools Are Affiliated With James Heckman?

James Heckman is affiliated with the following schools: