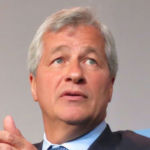 Why Is Jamie Dimon Influential?

According to Wikipedia, James Dimon is an American billionaire businessman. Since 2005 he has been the chairman and chief executive officer of JPMorgan Chase, the largest of the big four American banks. Dimon was previously on the board of directors of the Federal Reserve Bank of New York. Dimon was included in Time magazine's 2006, 2008, 2009, and 2011 lists of the world's 100 most influential people. Dimon's net worth is estimated at $1.8 billion.

Other Resources About Jamie Dimon

What Schools Are Affiliated With Jamie Dimon?

Jamie Dimon is affiliated with the following schools: