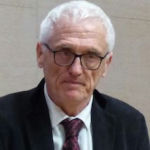 Why Is Jan T. Gross Influential?

Jan T. Gross is the Norman B. Tomlinson Professor of War and Society and Professor of History for Princeton University. After studying physics at the University of Warsaw, he went on to earn a Ph.D. in sociology from Yale University.

A scholar of Polish history and Jewish-Polish relations, Gross has written several books about anti-semitism in Poland, most notably, Fear: Anti-Semitism in Poland after Auschwitz and Golden Harvest: Events at the Periphery of the Holocaust, which he wrote with his wife. In these works, he examines the experience of Jews in Poland during World War II, and the ways in which some people chose to profit from the exploitation of Jews.

As with many scholars who have studied the Holocaust and the Jewish experience, Gross has been met with controversy. He published an essay in a German newspaper in 2015 which suggested that Polish people killed between 100,000-200,000 Jews during world War II, an assertion strenuously denied by the Polish government. A lawsuit filed against him was later dismissed after prosecutors found that no crime was committed.

He was recognized in 1996 with the Order of Merit of the Republic of Poland for his outstanding historical scholarship. In the wake of his controversy with the government of Poland, the Polish government attempted to rescind the award, an effort widely criticized by the historical community.

According to Wikipedia, Jan Tomasz Gross is a Polish-American sociologist and historian. He is the Norman B. Tomlinson '16 and '48 Professor of War and Society, emeritus, and Professor of History, emeritus, at Princeton University.

Other Resources About Jan T. Gross

What Schools Are Affiliated With Jan T. Gross?

Jan T. Gross is affiliated with the following schools:

Jan T. Gross has made the following academic contributions: