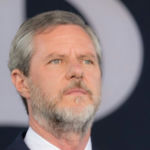 Why Is Jerry Falwell Jr. Influential?

According to Wikipedia, Jerry Lamon Falwell Jr. is an American attorney, former academic administrator, and former prominent member of the Evangelical Christian community. Starting with his 2007 appointment upon the death of his father, televangelist and conservative activist Jerry Falwell Sr., Falwell served as the president of Liberty University in Lynchburg, Virginia until resigning amidst controversy in August 2020.

Other Resources About Jerry Falwell Jr.

What Schools Are Affiliated With Jerry Falwell Jr.?

Jerry Falwell Jr. is affiliated with the following schools: