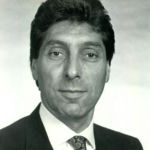 Why Is Jim Valvano Influential?

According to Wikipedia, James Thomas Anthony Valvano , nicknamed Jimmy V, was an American college basketball player, coach, and broadcaster. Valvano had a successful coaching career with multiple schools, most notably at North Carolina State University. While the head coach at NC State, his team won the 1983 NCAA Division I men's basketball title against improbable odds. Valvano is most remembered for his ecstatic celebration after winning the national championship game against the heavily-favored Houston Cougars.

Other Resources About Jim Valvano

What Schools Are Affiliated With Jim Valvano?

Jim Valvano is affiliated with the following schools: