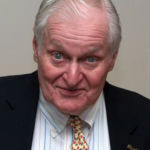 Poet from the United States of America

Why Is John Ashbery Influential?

According to Wikipedia, John Lawrence Ashbery was an American poet and art critic. Ashbery is considered the most influential American poet of his time. Oxford University literary critic John Bayley wrote that Ashbery "sounded, in poetry, the standard tones of the age." Langdon Hammer, chair of the English Department at Yale University, wrote in 2008, "No figure looms so large in American poetry over the past 50 years as John Ashbery" and "No American poet has had a larger, more diverse vocabulary, not Whitman, not Pound." Stephanie Burt, a poet and Harvard professor of English, has compared Ashbery to T. S. Eliot, calling Ashbery "the last figure whom half the English-language poets alive thought a great model, and the other half thought incomprehensible".

Other Resources About John Ashbery

What Schools Are Affiliated With John Ashbery?

John Ashbery is affiliated with the following schools:

What Are John Ashbery's Academic Contributions?

John Ashbery has made the following academic contributions: