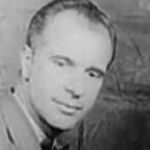 Why Is John Hersey Influential?

According to Wikipedia, John Richard Hersey was an American writer and journalist. He is considered one of the earliest practitioners of the so-called New Journalism, in which storytelling techniques of fiction are adapted to non-fiction reportage. Hersey's account of the aftermath of the atomic bomb dropped on Hiroshima, Japan, was adjudged the finest piece of American journalism of the 20th century by a 36-member panel associated with New York University's journalism department.

Other Resources About John Hersey

What Schools Are Affiliated With John Hersey?

John Hersey is affiliated with the following schools:

What Are John Hersey's Academic Contributions?

John Hersey has made the following academic contributions: