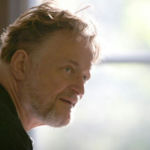 Why Is John Horton Conway Influential?

Conway is the John Von Neumann Professor Emeritus of Mathematics at Princeton University. He has interests in diverse fields in mathematics, including number theory, combinatorial games theory, knot theory, and coding theory. Coding theory is a mathematical treatment of codes and their use in cryptography and other disciplines. Conway is perhaps best known as the inventor of the Game of Life, an Artificial Intelligence program whose agents (objects in code) evolve according to deterministic rules. The agents are known in mathematics as cellular automatons.

Conway received his Bachelor of Arts degree in Mathematics from Cambridge University in England in 1959. He received his Ph.D. from Cambridge in 1964, and remained at Cambridge for many years as College Fellow and Lecturer in Mathematics. Conway co-authored the book Winning Ways for Your Mathematical Plays and wrote the popular On Numbers and Games, which explains the basics of combinatorial games theory to a general audience.

Conway won the Berwick Prize in 1971, and became a Fellow of the Royal Society in 1981. He received the Steele Prize for Mathematical Exposition in 2000, awarded by the American Mathematical Society.

According to Wikipedia, John Horton Conway was an English mathematician active in the theory of finite groups, knot theory, number theory, combinatorial game theory and coding theory. He also made contributions to many branches of recreational mathematics, most notably the invention of the cellular automaton called the Game of Life.

Other Resources About John Horton Conway

What Schools Are Affiliated With John Horton Conway?

John Horton Conway is affiliated with the following schools:

John Horton Conway has made the following academic contributions: