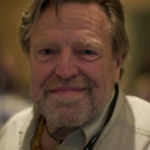 Why Is John Perry Barlow Influential?

According to Wikipedia, John Perry Barlow was an American poet, essayist, cattle rancher, and cyberlibertarian political activist who had been associated with both the Democratic and Republican parties. He was also a lyricist for the Grateful Dead, a founding member of the Electronic Frontier Foundation and the Freedom of the Press Foundation, and an early fellow at Harvard University's Berkman Klein Center for Internet & Society.

Other Resources About John Perry Barlow

What Schools Are Affiliated With John Perry Barlow?

John Perry Barlow is affiliated with the following schools: