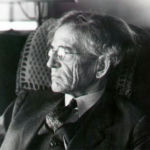 Why Is John R. Commons Influential?

According to Wikipedia, John Rogers Commons was an American institutional economist, Georgist, progressive and labor historian at the University of Wisconsin–Madison. Early years John R. Commons was born in Hollansburg, Ohio on October 13, 1862. Commons had a religious upbringing which led him to be an advocate for social justice early in life. Commons was considered a poor student and suffered from a mental illness while studying. He was allowed to graduate without finishing because of the potential seen in his intense determination and curiosity. At this time, Commons became a follower of Henry George's 'single tax' economics. He carried this 'Georgist' or 'Ricardian' approach to economics, with a focus on land and monopoly rents, throughout the rest of his life, including a proposal for income taxes with higher rates on land rents.

Other Resources About John R. Commons

What Schools Are Affiliated With John R. Commons?

John R. Commons is affiliated with the following schools: