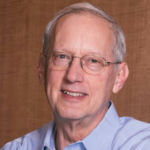 Why Is John Sall Influential?

According to Wikipedia, John P. Sall is an American billionaire businessman and computer software developer, who co-founded SAS Institute and created the JMP statistical software. Sall grew up in Rockford, Illinois and earned degrees in history, economics and statistics. In 1976 he joined others from North Carolina State University in co-founding SAS Institute, an analytics software company. In the 1980s, Sall and other developers created the JMP statistical software.

Other Resources About John Sall

What Schools Are Affiliated With John Sall?

John Sall is affiliated with the following schools: