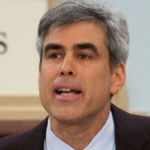 Why Is Jonathan Haidt Influential?

Jonathan David Haidt currently holds the title of Professor of Ethical Leadership at New York University. Previously, Haidt has held positions at Princeton University, and the University of Virginia. Additionally Haidt is the co-founder of the non-profit group Heterodox Academy. In 1985, Haidt earned his BA in philosophy from Yale University, and completed his Ph.D. in psychology in 1992 at the University of Pennsylvania.

Haidt is best recognized for his work in social psychology, specifically in the areas of moral psychology, moral emotions, and positive psychology. Haidt can be credited with developing (or co-developing) such popular concepts as moral disgust, the Disgust Scale, moral elevation, and the social intuitionist model of moral judgement.

Major works published by Haidt include, Flourishing: Positive Psychology and the Life Well-Lived, The Happiness Hypothesis: Finding Modern Truth in Ancient Wisdom and The Righteous Mind: Why Good People Are Divided by Politics and Religion.

According to Wikipedia, Jonathan David Haidt is an American social psychologist, Professor of Ethical Leadership at New York University Stern School of Business, and author. His main areas of study are the psychology of morality and moral emotions.

Other Resources About Jonathan Haidt

What Schools Are Affiliated With Jonathan Haidt?

Jonathan Haidt is affiliated with the following schools:

What Are Jonathan Haidt's Academic Contributions?

Jonathan Haidt has made the following academic contributions: