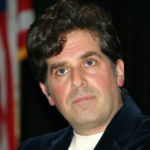 Why Is Jonathan Lethem Influential?

According to Wikipedia, Jonathan Allen Lethem is an American novelist, essayist, and short story writer. His first novel, Gun, with Occasional Music, a genre work that mixed elements of science fiction and detective fiction, was published in 1994. In 1999, Lethem published Motherless Brooklyn, a National Book Critics Circle Award-winning novel that achieved mainstream success. In 2003, he published The Fortress of Solitude, which became a New York Times Best Seller. In 2005, he received a MacArthur Fellowship. Since 2011, he has taught creative writing at Pomona College.

Other Resources About Jonathan Lethem

What Schools Are Affiliated With Jonathan Lethem?

Jonathan Lethem is affiliated with the following schools:

What Are Jonathan Lethem's Academic Contributions?

Jonathan Lethem has made the following academic contributions: