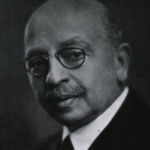 Why Is Joseph Jastrow Influential?

According to Wikipedia, Joseph Jastrow was a Polish-born American psychologist, noted for inventions in experimental psychology, design of experiments, and psychophysics. He also worked on the phenomena of optical illusions, and a number of well-known optical illusions were either discovered or popularized in his work. Jastrow believed that everyone had their own, often incorrect, preconceptions about psychology. One of his goals was to use the scientific method to identify truth from error, and educate the layperson, which he did through speaking tours, popular print media, and radio.

Other Resources About Joseph Jastrow

What Schools Are Affiliated With Joseph Jastrow?

Joseph Jastrow is affiliated with the following schools: