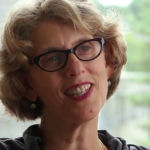 Why Is Juliet Schor Influential?

According to Wikipedia, Juliet B. Schor is an economist and Sociology Professor at Boston College. She has studied trends in working time, consumerism, the relationship between work and family, women's issues and economic inequality, and concerns about climate change in the environment. From 2010 to 2017, she studied the sharing economy under a large research project funded by the MacArthur Foundation. She is currently working on a project titled "The Algorithmic Workplace" with a grant from the National Science Foundation.

Other Resources About Juliet Schor

What Schools Are Affiliated With Juliet Schor?

Juliet Schor is affiliated with the following schools:

What Are Juliet Schor's Academic Contributions?

Juliet Schor has made the following academic contributions: