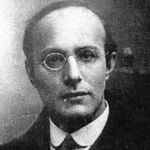 Why Is Karl Polanyi Influential?

According to Wikipedia, Karl Paul Polanyi was an Austro-Hungarian economic historian, economic anthropologist, economic sociologist, political economist, historical sociologist and social philosopher. He is best known for his book The Great Transformation, which argues against self-regulating markets. In the book, he advances the concept of the Double Movement, which refers to the dialectical process of marketization and push for social protection against that marketization. In the book, he argues that market-based societies in modern Europe were not inevitable but historically contingent. Polanyi is remembered best as the originator of substantivism, a cultural version of economics, which emphasizes the way economies are embedded in society and culture. This opinion is counter to mainstream economics but is popular in anthropology, economic history, economic sociology and political science.

Other Resources About Karl Polanyi

What Schools Are Affiliated With Karl Polanyi?

Karl Polanyi is affiliated with the following schools: