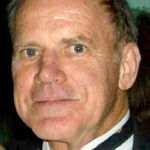 Why Is Kary Mullis Influential?

According to Wikipedia, Kary Banks Mullis was an American biochemist. In recognition of his role in the invention of the polymerase chain reaction technique, he shared the 1993 Nobel Prize in Chemistry with Michael Smith and was awarded the Japan Prize in the same year. PCR became a central technique in biochemistry and molecular biology, described by The New York Times as "highly original and significant, virtually dividing biology into the two epochs of before PCR and after PCR." Mullis attracted controversy for downplaying humans' role in climate change and for expressing doubts that HIV is the sole cause of AIDS.

Other Resources About Kary Mullis

What Schools Are Affiliated With Kary Mullis?

Kary Mullis is affiliated with the following schools: