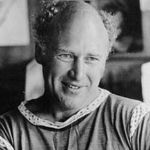 Why Is Ken Kesey Influential?

According to Wikipedia, Ken Elton Kesey was an American novelist, essayist and countercultural figure. He considered himself a link between the Beat Generation of the 1950s and the hippies of the 1960s. Kesey was born in La Junta, Colorado and grew up in Springfield, Oregon, graduating from the University of Oregon in 1957. He began writing One Flew Over the Cuckoo's Nest in 1960 following the completion of a graduate fellowship in creative writing at Stanford University; the novel was an immediate commercial and critical success when published two years later. During this period, Kesey participated in government studies involving hallucinogenic drugs to supplement his income.

Other Resources About Ken Kesey

What Schools Are Affiliated With Ken Kesey?

Ken Kesey is affiliated with the following schools:

What Are Ken Kesey's Academic Contributions?

Ken Kesey has made the following academic contributions: