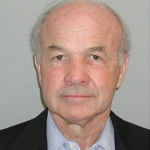 Why Is Kenneth Lay Influential?

According to Wikipedia, Kenneth Lee Lay was the founder, CEO and chairman of Enron who was heavily involved in the eponymous accounting scandal that unraveled in 2001 into the largest bankruptcy ever to that date. Lay was indicted by a grand jury and was found guilty of 10 counts of securities fraud at trial. Lay died in July 2006 while vacationing in his house near Aspen, Colorado, three months before his scheduled sentencing. A preliminary autopsy reported Lay died of a heart attack caused by coronary artery disease. His death resulted in a vacated judgment.

Other Resources About Kenneth Lay

What Schools Are Affiliated With Kenneth Lay?

Kenneth Lay is affiliated with the following schools: