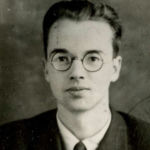 Why Is Klaus Fuchs Influential?

According to Wikipedia, Klaus Emil Julius Fuchs was a German theoretical physicist and atomic spy who supplied information from the American, British and Canadian Manhattan Project to the Soviet Union during and shortly after World War II. While at the Los Alamos National Laboratory, Fuchs was responsible for many significant theoretical calculations relating to the first nuclear weapons and, later, early models of the hydrogen bomb. After his conviction in 1950, he served nine years in prison in the United Kingdom, then migrated to East Germany where he resumed his career as a physicist and scientific leader.

Other Resources About Klaus Fuchs

What Schools Are Affiliated With Klaus Fuchs?

Klaus Fuchs is affiliated with the following schools: