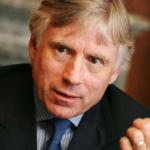 Why Is Lee Bollinger Influential?

Areas of Specialization: Free Speech, Constitutional Law, Regulation, and Public Policy
Lee Bollinger is Columbia University’s 19th president. He earned a B.S. in political science at the University of Oregon and his J.D. from Columbia University’s Law School. He is most noted for his scholarship regarding First Amendment and free speech issues, as well as being a defendant in two major U.S. Supreme Court cases involving affirmative action in higher education admissions.

He has spent much of his career in higher education administration, with positions at the helm of the University of Michigan Law School, Dartmouth College, and Columbia University. He is among the highest paid college presidents in the United States, with a compensation of over $4 million annually. In those roles, he has been, at times, criticized for an excess of international travel, advocating for expansion of campus assets by way of eminent domain seizures in the surrounding neighborhoods, and for defending the free speech of controversial figures such as Mahmoud Ahmadinejad.

Bollinger served as a member of the Board of Directors of the Federal Reserve Bank from 2006 to 2009, and its Chair from 2010-2011. He is the author of such books as The Tolerant Society: Freedom of Speech and Extremist Speech in America and Uninhibited, Robust, and Wide-Open: A Free Press for a New Century.

According to Wikipedia, Lee Carroll Bollinger is an American lawyer and educator who is serving as the 19th and current president of Columbia University, where he is also the Seth Low Professor of the University and a faculty member of Columbia Law School. Formerly the president of the University of Michigan, he is a noted legal scholar of the First Amendment and freedom of speech. He was at the center of two notable United States Supreme Court cases regarding the use of affirmative action in admissions processes.

Other Resources About Lee Bollinger

What Schools Are Affiliated With Lee Bollinger?

Lee Bollinger is affiliated with the following schools: