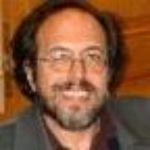 Why Is Lee Smolin Influential?

Lee Smolin was born in New York City in 1955. Smolin is best known for his foundational contributions to both loop quantum gravity and deformed special relativity. He has contributed to cosmology through the proposal of cosmological natural selection, and has authored four books exploring some of his philosophical concerns in physics. After dropping out of high school, Smolin attended Hampshire College and then Harvard University, where he earned a PhD in theoretical physics in 1979. Smolin is currently faculty at the Perimeter Institute for Theoretical Physics, and an adjunct professor of physics at the University of Waterloo. In addition, he is a Philosophy professor at the University of Toronto.

Smolin is known for his criticism of string theory as a viable theory of fundamental physics, in particular with the publication of his 2006 book The Trouble with Physics. Smolin is a bit of a polymath, too, as his research interests vary from particle physics to cosmology, quantum mechanics, and theoretical biology. His theory of quantum gravity, known as loop quantum gravity, has gained adherents for its attempted fusion of quantum mechanics and general relativity, an approach in contradistinction to string theory.

As a philosopher of physics, Smolin has put forth a number of positions, notably that quantum mechanics is not a “complete” theory (because of quantum indeterminacy), and that there is one (and only one) universe, opposing popular accounts of many universes or “multiverses.” Smolin also has formulated fundamental notions of the nature of time and mathematics.

Lee Smolin, a prolific thinker and writer, has been recognized with numerous awards, including the Majorana Prize in 2007, and the Klopsteg Memorial Award in 2009. In 2013, Smolin received the Queen Elizabeth II Diamond Jubilee Medal. He has been dubbed the “new Einstein” by the media for his important and deep work in fundamental physics.

According to Wikipedia, Lee Smolin is an American theoretical physicist, a faculty member at the Perimeter Institute for Theoretical Physics, an adjunct professor of physics at the University of Waterloo and a member of the graduate faculty of the philosophy department at the University of Toronto. Smolin's 2006 book The Trouble with Physics criticized string theory as a viable scientific theory. He has made contributions to quantum gravity theory, in particular the approach known as loop quantum gravity. He advocates that the two primary approaches to quantum gravity, loop quantum gravity and string theory, can be reconciled as different aspects of the same underlying theory. His research interests also include cosmology, elementary particle theory, the foundations of quantum mechanics, and theoretical biology.

Other Resources About Lee Smolin

What Schools Are Affiliated With Lee Smolin?

Lee Smolin is affiliated with the following schools:

What Are Lee Smolin's Academic Contributions?

Lee Smolin has made the following academic contributions: