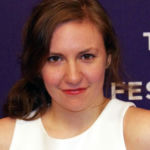 Why Is Lena Dunham Influential?

According to Wikipedia, Lena Dunham is an American writer, director, actress, and producer. She is known as the creator, writer, and star of the HBO television series Girls , for which she received several Emmy Award nominations and two Golden Globe Awards. Dunham also directed several episodes of Girls and became the first woman to win the Directors Guild of America Award for Outstanding Directing – Comedy Series. Prior to Girls, Dunham wrote, directed, and starred in the semi-autobiographical independent film Tiny Furniture , for which she won an Independent Spirit Award for Best First Screenplay. Her second feature film, Sharp Stick, written and directed by Dunham, was released in 2022; her third film, Catherine Called Birdy, is scheduled to be released later in the year.

Other Resources About Lena Dunham

What Schools Are Affiliated With Lena Dunham?

Lena Dunham is affiliated with the following schools:

What Are Lena Dunham's Academic Contributions?

Lena Dunham has made the following academic contributions: