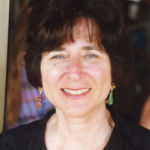 Why Is Lenore Blum Influential?

Areas of Specialization: Computer Science Theory, Models of Computation
Lenore Blum (retired) is a professor of computer science at Carnegie Mellon University. Blum initially studied architecture, but graduated with a degree in mathematics by taking math classes at Massachusetts Institute of Technology, though her bachelor’s was granted by Simmons College, a private women’s college. Blum went to MIT and completed her Ph.D. there in 1968.

Blum began her career at The University of California, Berkeley, though at the time (in the 1960s) they did not provide opportunities for women professors. She then taught at Mills College, where she received a first from Mills: an endowed professorship as the Letts-Villard Chair at Mills. Her success at Mills led her to Carnegie Mellon University, where she became a Distinguished Career Professor of Computer Science at CMU in 1999.

Blum has been active in encouraging women to pursue studies and careers in computer science. In 1971 she helped found the Association for Women in Mathematics. As an activist for women in computer science, Blum has taken the position that low enrollment of women in computer science departments is partially the result of a lack of outreach and support networks that help women find a footing in male-dominated fields like computer science (this has changed much in recent years, though her insights are still quite relevant). Rather than focus on formal barriers like admissions, Blum focused on building support systems for women interested in pursuing careers in computer science. Blum experienced the lack of assistance in her own career both formally and culturally, in the former case by finding she was not permitted to follow her Ph.D. advisor to Princeton University while pursuing her dissertation work, as at the time Princeton did not accept female graduate students. She has done much to pave the way for female computer science students.

Blum’s work in CS focused on theoretical aspects of computer science, notably work in number theory and models of computation inspired by Turing’s original formalism, the Turing Machine. She is the recipient of numerous awards and distinctions, including the Presidential Award for Excellence in Science, Mathematics, and Engineering Mentoring awarded by President George W. Bush. In 2012, Blum became a fellow of the American Mathematical Society.

According to Wikipedia, Lenore Carol Blum is an American computer scientist and mathematician who has made pioneering contributions to the theories of real number computation, cryptography, and pseudorandom number generation. She was a distinguished career professor of computer science at Carnegie Mellon University until 2019 and is currently a professor in residence at the University of California, Berkeley. She is also known for her efforts to increase diversity in mathematics and computer science.

Other Resources About Lenore Blum

What Schools Are Affiliated With Lenore Blum?

Lenore Blum is affiliated with the following schools:

What Are Lenore Blum's Academic Contributions?

Lenore Blum has made the following academic contributions: