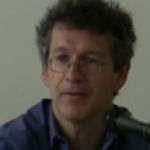 Why Is Loïc Wacquant Influential?

His primary research focus has been in jails in the United States and Brazil, and ghettos in the suburbs of Paris and South Chicago. It was during his time at the University of Chicago that he began his exploration of inequality and stigmatization in black neighborhoods. He examines the existence of a pipeline to prison that originates all too often in these neighborhoods, regarding the prison as a judicial ghetto and the ghetto as an extrajudicial prison, resulting in a ‘carceral continuum’.

A former member of the Harvard Society of Fellows, and a MacArthur Prize Fellow, Wacquant is well published, with over 100 research works in print. He is a co-founder and editor of the interdisciplinary journal Ethnography. His next research project is a comparative historical sociology study of the mechanisms of racial domination, tentatively titled, Pecular Institutions, as well as a sequel to his first book on prizefighting, (Body & Soul: Notebooks of an Apprentice Boxer, 2004). The sequel, to be titled, Passion of the Pugilist, examines the desires and motivations of fighters.

According to Wikipedia, Loïc J. D. Wacquant is a sociologist and social anthropologist, specializing in urban sociology, urban poverty, racial inequality, the body, social theory and ethnography. Wacquant is currently a Professor of Sociology and Research Associate at the Earl Warren Legal Institute, University of California, Berkeley, where he is also affiliated with the Program in Medical Anthropology and the Center for Urban Ethnography, and Researcher at the 'Centre de sociologie européenne' in Paris. He has been a member of the Harvard Society of Fellows, a MacArthur Prize Fellow, and has won numerous grants including the Fletcher Foundation Fellowship and the Lewis Coser Award of the American Sociological Association.

Other Resources About Loïc Wacquant

What Schools Are Affiliated With Loïc Wacquant?

Loïc Wacquant is affiliated with the following schools: