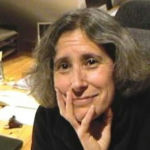 Why Is Lucy Suchman Influential?

According to Wikipedia, Lucy Suchman is a Professor of Anthropology of Science and Technology in the Department of Sociology at Lancaster University, in the United Kingdom. Her current research extends her longstanding critical engagement with the field of human-computer interaction to the domain of contemporary war fighting, including problems of ‘situational awareness’ in military training and simulation, and in the design and deployment of automated weapon systems. At the center of this research is the question of whose bodies are incorporated into military systems, how and with what consequences for social justice and the possibility for a less violent world. Suchman is a member of International Committee for Robot Arms Control and the author of the blog dedicated to the problems of ethical robotics and 'technocultures of humanlike machines' Before coming to Lancaster, she worked for 22 years at Xerox's Palo Alto Research Center, where she held the positions of Principal Scientist and Manager of the Work Practice and Technology research group. Suchman is a graduate of the University of California, Berkeley, obtaining her BA in 1972, MA in 1977, and Doctorate in Social and Cultural Anthropology in 1984. While at Berkeley, she wrote her dissertation on the work practices of accountants. She studied procedural office work to understand how it was similar to and different from a program, assumptions around the work, and how the work informed the design of these systems.

Other Resources About Lucy Suchman

What Schools Are Affiliated With Lucy Suchman?

Lucy Suchman is affiliated with the following schools: