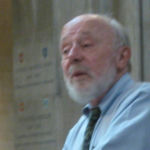 Why Is Marcus Borg Influential?

According to Wikipedia, Marcus Joel Borg was an American New Testament scholar and theologian. He was among the most widely known and influential voices in Liberal Christianity. As a fellow of the Jesus Seminar, Borg was a major figure in historical Jesus scholarship. He retired as Hundere Distinguished Professor of Religion and Culture at Oregon State University in 2007. He died eight years later at the age of 72, of idiopathic pulmonary fibrosis at his home in Powell Butte, Oregon.

Other Resources About Marcus Borg

What Schools Are Affiliated With Marcus Borg?

Marcus Borg is affiliated with the following schools: